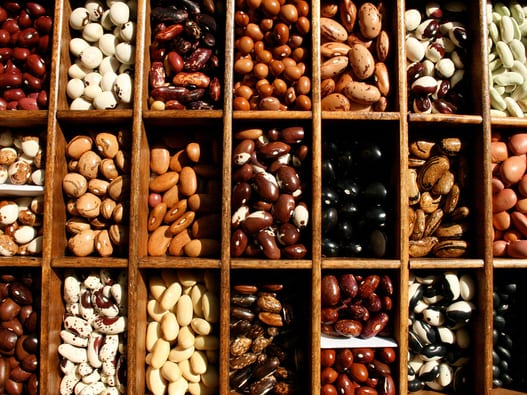 Relative success for crop biodiversity: Its value is recognised but little concrete action is envisaged!
The cross-cutting “Farm to Fork Strategy” & the EU post-2020 Biodiversity Strategy, which are both part of the European Green Deal, were officially announced on 20th May 2020.

The EU Biodiversity Strategy (lead DG ENV), which aims to cover the decade until 2030, recognises farmers’ role in preserving biodiversity as guardians of our land, while stating that “certain agricultural practices are a key driver of biodiversity decline”.

The Biodiversity Strategy will thus greatly influence the Strategic Plans that will be adopted under the future Common Agricultural Policy, signalling a tough battle between DG ENV and DG AGRI on the topic. The Biodiversity Strategy also sets tangible targets for the reduction of the overall use of chemical pesticides use by 50% by 2030, at least 10% of agricultural area under highdiversity landscape features, and achieving to have at least 25% of the EU’s agricultural land under organic
standards by 2030.
With specific regard to seeds, the Strategy recognises that “the decline of genetic diversity must also be reversed, including by facilitating the use of traditional varieties of crops and breeds. This would also bring health benefits through more varied and
nutritious diets. The Commission is considering the revision of marketing rules for traditional crop varieties in order to contribute to their conservation and sustainable use. The Commission will also take measures to facilitate the registration of seed varieties, including for organic farming, and to ensure easier market access for traditional and locally adapted varieties”.

In addition, the Strategy carves out a mandate for the negotiations at the level of the Convention on Biological Diversity, and the 15th Conference of Parties, which regroups all signatory States. The EU will partner up in a “high ambition coalition on
biodiversity”, asking for stronger implementation, monitoring and review processes, forcing States to revise their National Biodiversity Strategies and Action Plans by the end of 2021. With regards to the Nagoya Protocol, the EU also wishes that the international framework ensures the “fair and equitable sharing of the benefits from the use of genetic resources”.
Within the Farm to Fork Strategy (lead DG SANTE), crop diversity is mentioned in measures linked to ensure more sustainable food production. In the only paragraph dedicated to seeds in the Strategy itself, the Commission states that “sustainable food systems rely on seed security and diversity.

Farmers need to have access to a range of quality seeds for plant varieties adapted to the pressures of climate change. The Commission will take measures to facilitate the registration of seed varieties, including for organic farming, and to ensure easier market access for traditional and locally adapted varieties”.

Variety registration and market access will not be “light” (which was the wording used in previous leaks), but rather made “easier”, hinting that a significant rethinking of the system is not likely, but rather pointing at adjustments. Disappointingly, no specific action and/or timeline is given for seed matters in the adopted strategy and its Annex, probably not to preclude the results of the ongoing study, or more probably even because the reform is considered to already be under way. Disappointingly as well, the role of seed diversity in sustainable food systems is viewed in the quite traditional sense, and does not imply systemic change or support for participatory plant breeding or dynamic management of biodiversity, as advocated by the DYNAVERSITY project.

The strategy still worryingly contains reference to “new genomic techniques”, which are presented as a possible tool to “increase sustainability, provided they are safe for consumers and the environment while bringing benefits for society as a whole, [while] also accelerating the process of reducing dependency on pesticides”. Given the large-scale advocacy efforts of the biotechnology and seed industries compared to civil society on the topic, the wording of the Commission remains cautious and less prominently positive than previous leaked versions of the Strategy, mentioning safety issues.

Other interesting actions to be taken in the short term include the review of the framework on the sustainable use of pesticides, support for agroecological and organic farming (with the aforementioned 25% target), primary producers’ position in the food chain, and an EU promotion programme for sustainable food. In the longer term, a legislative framework for sustainable food systems will be proposed, along with some actions on food labelling.