Is a monthly newsletter that wish to inform you about cultivated biodiversity  and can help european movement, to developed in the context of a project funded by Pro Specie Rara and executed by Fulya BATUR.

The place to discuss deeply about this are the “Seed Policy Labs”, that are a fully bottom-up concept to build policy and advocacy capacity in the European seed diversity.

To help you to understand the language  of the newsletter you can find below some general information.

The EUROPEAN COMMISSION is the executive branch of the European Union. Different Commissioners, supported by 30’000 bureaucrats, have the power to submit legislative proposals, and are tasked with following the implementation of European law. The Commission is divided into different DIRECTORATE GENERALS (“DG”), which are akin to national Ministries. Due to the multi-disciplinary nature of crop diversity, a few DG’s are responsible for policy portfolios that impact seeds.

DG SANTE is responsible for plant health, seeds marketing, the authorisation of phytosanitary products and the regulatory framework for genetically modified organisms.

The EUROPEAN PARLIAMENT is one of the two institutions making up the legislative branch of the European Union, with its directly elected 705 Members of Parliament (“MEP”) from all EU Member States. Its powers have been quite reinforced since the Treaty of Lisbon, and now the Parliament has a say in all policy files linked to crop diversity. It works in different COMMITTEES (ENVI and AGRI are both competent for matters related to crop diversity), but all texts need to be adopted in so-called PLENARY, which regroups all MEP’s. Even though European elections are carried out on the basis of national lists, MEP’s then congregate into European-level political groups : the European People’s Party (EPP), Socialists & Democrats (S&D), liberals Renew Europe (RE), Identity & Democracy (ID), Greens/EFA, Conservatives (ECR), leftists GUE, and the non-affiliated few.

The EUROPEAN COUNCIL is the last institution of the legislative branch of the European Union, composed of heads of States and governments, in different configurations according to the topic at hand. For matters related to crop diversity, the main interlocutor is the AGRIFISH Council, but also the ENVI Council to a certain extent.

There are two instruments in European law:

a REGULATION (of the COUNCIL and the PARLIAMENT) is directly applicable in all Member States, without the need for a specific national law, which means that the rights and obligations of the Regulation can be indisputably invoked by citizens, and be applied by national judges. With regards to crop diversity, the new Organic production regime, as well as rules concerning plant health are both enshrined in Regulations.

A DIRECTIVE on the other hand, is not directly applicable in Member States, which need to transpose the European rules in national laws and/or decrees. This tool gives much more margin of manoeuvre to national authorities, which explains the wide differences that exist between national seed marketing regimes, the principles of which are set in 12 different European Directives.

In a REGULATION or a DIRECTIVE, the European Parliament and the European Council can decide to give the Commission the power to further specify certain aspects of the general rules, which will lead to a COMMISSION REGULATION. There are two types of Commission legislative action in this framework:

IMPLEMENTING ACTS are adopted to ensure uniform conditions for the implementation of European law,

while DELEGATED ACTS are adopted on the basis of a specific delegation of power in a BASIC ACT (i.e. either a REGULATION or DIRECTIVE of the European Council and Parliament), that defines the objectives, content and scope of the delegation of power.

Both Implementing and Delegated Acts are prepared by the Commission with heavy involvement of national authorities, regrouped either in a Committee or an Expert Group. The European Parliament is involved only at the approval stage for Delegated Act, while stakeholders are consulted through the “Have Your Say” website of the European Commission once the drafts (of both Implementing and Delegated) Acts have been finalised, four weeks before their adoption by the competent structure(s). 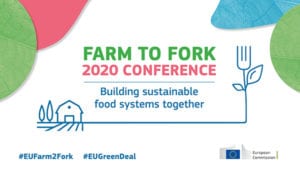 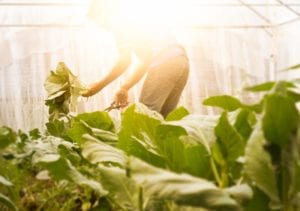 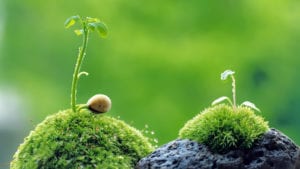 Entry into force of the Regulation officially postponed by one year, as the Delegated Act on Organic Heterogeneous Material (“OHM”) still remains open The European Commission announced on 4th September 2020, that, at the request of Member States and stakeholders,...